A team, the International NGO Coalition on Genital Autonomy (INGOCGA), has finished work in March 2022 on a core report on male circumcision as a human rights violation, which can be found here. Steven was lead lawyer of INGOCGA and led the team’s work finalizing the core report.

As previously reported, one of the team’s core members and most active participants was Steven’s friend Paul Mason, who sadly passed away in August 2018, after whose passing Steven took over as team leader. Included on this page is a picture of four team members, Antony Lempert, Avshalom Zoossmann-Diskin, Steven Svoboda, and Paul Mason, taken on May 7, 2018 at Steven’s home following the San Francisco Symposium. In addition to these four, Kira Antinuk, James Chegwidden, Lena Nyhus, and Tim Hammond also co-authored the report. 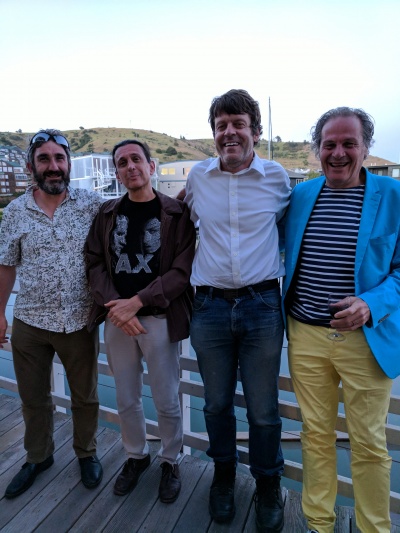