ARC Executive Director Steven Svoboda participated in a question and answer session following a showing on November 1, 2016 of Cassie Jaye’s excellent new film about the men’s movement including activism for genital integrity, “The Red Pill.”  (www.imdb.com/title/tt3686998/) Steven appears briefly in the film prior to a very effective showing of a portion of a video of an infant circumcision. The men’s movement’s leading author Warren Farrell, who is prominently featured in the film, Cassie Jaye and Steven answered audience questions for about a half hour following the film, which was shown by Berkeley’s Shattuck Cinemas. The picture below was taken on November 1 of Cassie Jaye and Steven shortly before the showing.

Warren and Steven appeared again that Sunday, November 6, along with Joe Manthey and Fred Hayward, who are also both prominently featured in “The Red Pill,” at the Smith Theater (http://rafaelfilm.cafilm.org) in San Rafael, California. Cassie Jaye and Steven answered audience questions for about an hour afterward. 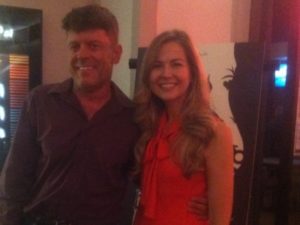