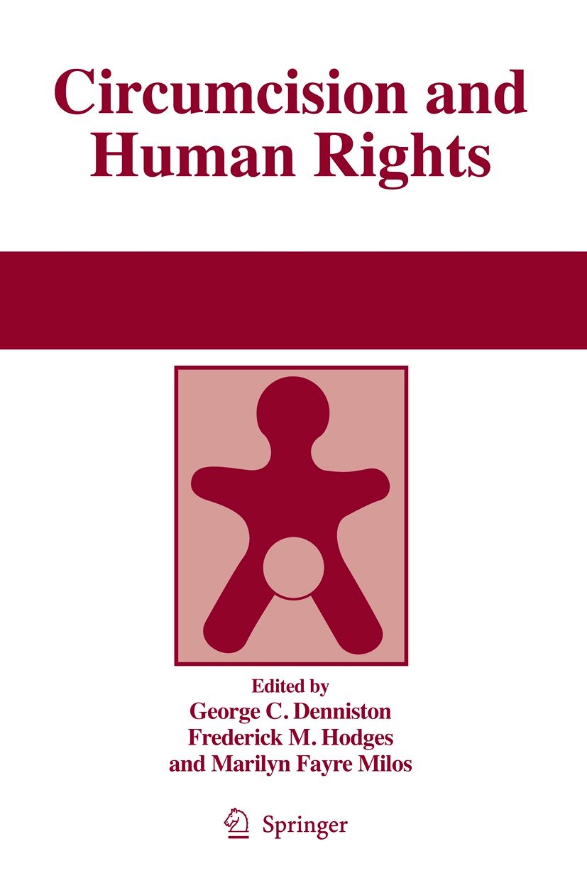 “There is hardly a reason to circumcise a little boy for medical reasons because those medical reasons don’t exist,” said Dr. Michael Wilks, Head of Ethics at the British Medical Association, who admitted that doctors have circumcised boys for “no good reason.”

In the United States, parts of Africa, the Middle East, and in the Muslim world, 13.3 million infant boys and 2 million girls have part or all of their external sex organs cut off for reasons that defy logic and violate basic human rights. Doctors, parents, and politicians have been misled into thinking that circumcision is beneficial, necessary, and harmless.

In Circumcision and Human Rights, internationally respected experts in the fields of medicine, science, politics, law, ethics, sociology, anthropology, history, and religion present the latest research on this tragedy, as a part of the worldwide campaign to end sexual mutilation. They outline steps for eradicating this abusive practice to enable males and females the dignity of living out their lives with all the body parts with which they were born.

Reconsidering “Best Interests”: Male Circumcision and the Rights of the Child; Marie Fox and Michael Thomson.

Variations in Penile Anatomy and Their Contribution to Medical Mischief; Ken McGrath.

Fitting in and Getting Off: Adult Male Circumcision in the United States; Zachary Androus.

Circumcision: If It Isn’t Ethical, Can it Be Spiritual? Miriam Pollack.