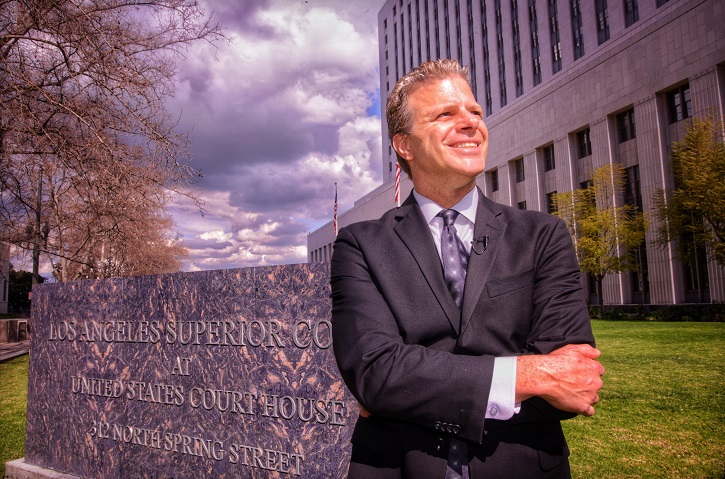 Marc Etienne Angelucci, Vice-President and Board Member of the National Coalition for Men (NCFM) as well as past Board Member of Attorneys for the Rights of the Child, was tragically murdered the afternoon of July 11, 2020, in front of his home in Crestline, California.

Marc Angelucci was truly beloved, with a personality that had a magnetism that many of his friends and colleagues found to be truly magical. Marc was an unbelievably generous man, living on a shoestring despite some personal health challenges so he could donate many millions of dollars of his time to mostly voluntary legal work on behalf of men’s rights and the genuine gender equality that is so badly needed in this country and this world.

The motive behind Marc’s murder is not yet determined though the San Bernardino County Sheriff deserves our gratefulness for diligently working to determine the facts, including driving to Marc’s family’s home in Los Angeles and to NCFM President Harry Crouch’s home near San Diego to investigate Marc’s death.

Marc and Steven Svoboda were co-counsel in a circumcision case in Los Angeles. They were offered a settlement of $100,000 that was the best realistic settlement the client could achieve given California’s cap on medical malpractice awards, but the family was understandably very angry that their son had been wrongfully circumcised and refused to accept the offer and ultimately the trial was lost. Steven wrote about this case (and another case in which he was a lawyer in New York) in an article presented at the Seattle Symposium in 2006.

Marc compiled a truly legendary set of legal achievements, including recently winning an equal protection case against the Selective Service Administration overturning male-only draft registration. In 2008 Marc won a landmark appellate case against the State of California (Woods v. Horton) which held it is unconstitutional to exclude male victims of domestic violence from state funding for victim services. Marc also helped draft and enact legislation to stop paternity fraud, served on the California DCSS Paternity Committee, served on the Training Committee of the L.A. County Domestic Violence Council, and testified before the California Senate and Assembly Judiciary Committees. In a remarkable tribute to Marc’s skill at building bridges and remedying discrimination, the Southern Poverty Law Center, which some might think would be opposed to much of his work, invited him to be an Honoree on their Wall of Tolerance. Marc was a committed activist on behalf of genital integrity with many letters and articles published in the popular press. He attended several showings of Brendan Marotta’s “American Circumcision” film and drove from Los Angeles to the Bay Area for the events held there.

Marc graduated Phi Beta Kappa from the University of California at Berkeley in 1996 with a Bachelor’s Degree in Philosophy and received a law degree from UCLA School of Law in 2000, where he received several public interest awards and founded two student bar associations. While at UCLA, Marc also started a student chapter of NCFM. 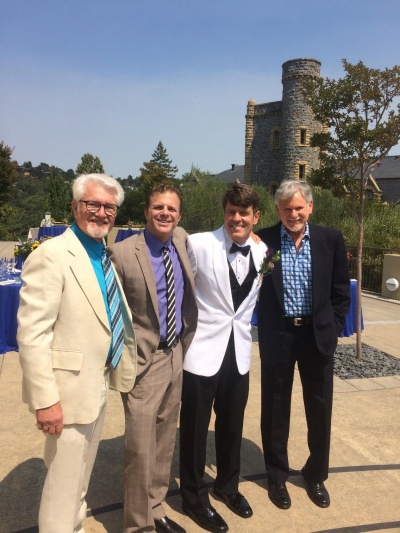 Marc joined NCFM as a law student in 1997 after a friend of his was denied domestic violence services because he is male. In 2001 he formed the L.A. chapter of NCFM and served as its president until 2008, during which time NCFM-LA became an active chapter that organized rallies, filed lawsuits and received significant media attention.

Marc was extremely well-spoken and a skilled publicist for men’s issues, appearing on the Phil Donahue show, on Dr. Phil, and in countless other television, radio, and newspaper outlets. Marc published op-ed opinion pieces in the Los Angeles Times and numerous other press outlets, tirelessly speaking out for a fairer, kinder world. Marc gave a fantastic interview for the “Red Pill” movie by Cassie Jaye. At the face to face meeting Marc generously organized in Crestline in 2019, we also learned or were reminded that he is a fabulous karaoke singer and salsa dancer. Marc earned ecstatic rave reviews for his teaching of law at Pasadena City College. A memorial zoom meeting that drew about 25 friends and colleagues of Marc was held on July 14, 2020.

Marc was a man full of joy and love, a true pleasure to know for all of us fortunate enough to be able to call him our colleague and/or friend. If Marc Etienne Angelucci didn’t exist, we would need to invent him, though honestly the man so far exceeded any dreams any of us could possibly have for an unbelievable combination of shining personal qualities and amazing professional achievements. While wildly successful on the legal front, he was a fabulously down-to-earth, loving man when not demolishing opponents in courtrooms to promote justice. Rest In peace, our dear fallen soldier. No finer man ever walked the planet.

RIP Mr. Angelucci. You are loved and leave a huge hole in our hearts.