I am sad to report that my friend and colleague, Australian author Robert Darby, has passed away. Rob and I met at the Sydney symposium in 2000. I later looked him up in his hometown of Canberra in 2003 and we had a wonderful and memorable lunch together. Rob and I went on to work closely for a number of years on several articles and letters, including our joint articles titled, “A Rose By Any Other Name” published in the Medical Anthropology Quarterly and later in an updated version in a book edited by Chantal Zabus. Somewhat remarkably, I fondly remember Rob and me writing this article largely by telephone.

Rob could always be relied on for the accuracy of his information and for his piercing intellect. Through Rob, I was initiated to the Golden Compass series of books, one of my favorites and books with close thematic ties to the issue of genital autonomy.

Rob had a truly unique intellect and sense of humor, compassion and ability to be objective about the topic of genital autonomy despite his obvious profound emotional connection with the issue.

I am currently in Europe preparing to present with Antony Lempert on April 27, 2019 in Leeds, UK at the “Future Choices: Keeping Europe Intact,” conference. and run by the European non-profit Future Choices. The subject of the Leeds talk is the work that has gone on with the United Nations, starting in 2001 when we first presented the topic to the UN, and more recently with successful initiatives and reports by Antony and the SMF. Antony and I will focus in our presentation on the submission on 12-31-18, by the International NGO Council on Genital Autonomy (INGOCGA), led by Antony, Steven, and Kira Antinuk of Canada, of a third party intervention to the UN’s Committee on the Rights of the Child. Brian Earp has written and generously allowed us to include the following moving tribute to Rob.

Rest in peace, Rob. You were a true original and the world is a better place because you walked on it in your inimitable, unforgettable way. 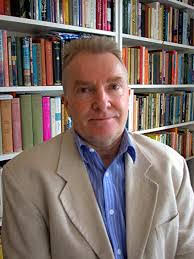 It is with extreme sadness that I write to tell you that Robert Darby has died. Rob was a giant in the fight for children’s rights. He was a learned historian, a moral philosopher, a skeptic, a literary critic, and an activist in the cause of social justice (on so many fronts). Whatever area of scholarship he took up, his contributions were always brilliant, measured, and deeply-informed. He made important contributions in several fields, from medical history and sexuality studies to anthropology to bioethics. With J. Steven Svoboda, he wrote the landmark paper, “A Rose By Any Other Name: Rethinking the Similarities and Differences between Male and Female Genital Cutting,” published originally in Medical Anthropology Quarterly and later expanded and republished in an edited volume (here). This was a truly brave essay, shattering dogmas with impeccable erudition and a gentle touch, paving the way for future scholars to think the unthinkable and say the unsayable in the name of protecting all children from medically unnecessary genital cutting.

His book, A Surgical Temptation: the Demonization of the Foreskin and the Rise of Circumcision in Britain (Chicago University Press, 2013), is a modern classic: a disturbing, astonishing, and painstakingly researched account of the insidious power of cultural and sexual prejudice to undermine medical practice. Rob’s sparkling wit and vast understanding come through on every page.

He was a profoundly moral person, using his energy, skill, and intellect to advocate–day after day–for the most vulnerable among us. He lived his life with incredible wisdom and virtue, as a loyal friend, a patient colleague, a careful scholar, and tireless defender of human rights.

Rob’s work and spirit have touched the lives of so many. He was a kind and sensitive person. For me personally, he was a dear friend and constant mentor, through good times and bad. To say he will be missed is not enough.

There are two short notices of death published in local Australian newspapers. Please consider leaving a memory or condolence.

If you would like to express how Rob’s work or life has inspired you, please feel free to contact me at brian.earp@gmail.com.

I will collect these stories and make sure they are shared (with permission) among Rob’s closest friends and colleagues.

Now is a time to grieve. We will look to ways of properly honoring Rob’s memory and celebrating his life and work in the coming months.