The talk on April 27, 2019 in Leeds, England by Steven Svoboda and his friend and colleague Antony Lempert of the Secular Medical Forum (SMF) was very well received by a primarily academic audience at the University of Leeds. The different backgrounds and experiences (and continents of residence) of Antony and Steven helped them to co-create, along with the audience, an interesting and wide-ranging presentation. They discussed the submission to the United Nations’ Committee on the Rights of the Child of a third party intervention (basically a “friend of the court” brief to the UN) by the International NGO Council on Genital Autonomy (INGOCGA), which includes Antony, Kira Antinuk of Canada, James Chegwidden of England, Lena Nyhus of Denmark, and Steven, after the sad demise of the previous team leader Paul Mason. The conference, entitled, “Future Choices: Keeping Europe Intact,” was very ably run by the European non-profit Future Choices. The subject of the Leeds talk is the work that has gone on with the United Nations, starting in 2001 when we first presented the topic to the UN, and more recently with successful initiatives and reports by Antony and the SMF.

Other standout presentations included James Chegwidden on “Joined Up Thinking- Genital Cutting and Coherent Legal Frameworks in Europe,” Brian Earp on “Why a US Law Banning FGM was Ruled Unconstitutional and What can be Done to Protect Children” and Marie Fox, Michael Thomson, and Josh Warburton on a very interesting initiative to use the UK equivalent of Freedom of Information Act requests to obtain hospital data on complications of circumcision.

Here is the abstract of our talk:

The United Nations (UN) has shown extreme concern for decades over female genital cutting and has recently displayed admirable interest in eliminating intersex genital cutting. Efforts to bring male genital cutting (MGC) to the UN’s attention began in 2001 when Steven Svoboda presented before the forerunner to the Committee on the Rights of the Child (UNCRC). In 2012, Antony Lempert presented to the CRC executive on harm done to children by MGC. This led to supplementary submissions to the UNCRC, which placed MGC in the category of serious harm in 2013.

In 2016, the International NGO Council on Genital Autonomy (INGOCGA) formed to prepare and submit further reports to the UNCRC including an overarching ‘core’ report. In July 2018, the UNCRC invited INGOCGA to submit a third party intervention regarding a Finnish circumcision case on a young boy against the mother’s wishes. Third party interventions are relatively novel procedures of expert input invited by the UNCRC to inform its decision-making.

Following the tragic death of Paul Mason, Antony and Steven led the preparation and submission to the CRC on 31-12-18 of this intervention including background medical, anatomical, legal, human rights and ethical considerations. INGOCGA will continue to work with the UNCRC towards an expansion of the recognition of the harm caused by all forms of childhood genital cutting with the aim of ushering in an era of heightened sensitivity to all genders and all harms children suffer.

See below for the conference program and some photos of the event.

There is an emerging consensus in Northern European nations regarding a child’s right to bodily integrity. Approaches to the cutting of male, female and intersex children are provoking debate. A strengthening commitment to children’s rights and a greater understanding of the harms occasioned by some traditional practices, parental choices, and medical interventions is increasingly reflected in law and policy. This has contributed to a developing sense of American exceptionalism in this regard. As the UK leaves the European Union, this conference explores shared European values that respect all children’s rights to bodily integrity and self-determination. This conference will see speakers from law, philosophy, health, psychology, and other disciplines explore European developments, what we might learn from neighbouring jurisdictions, and the different directions the future might hold.

‘Why a U.S. law banning ‘FGM’ was ruled unconstitutional and what can be done to protect children’
~Brian Earp, Philosophy, Yale & Oxford

‘Supporting the United Nations in developing awareness of all forms of genital cutting’
~J.Steven Svoboda, Attorneys for the Rights of the Child and Antony Lempert, Secular Medical Forum

Campaigning for (circumcision) change: some ideas for the UK
~Rebecca Steinfeld, Independent Researcher and Campaigner

The photo gallery below includes a photograph of the four UN team members presenting in Leeds (l. to r., Lena Nyhus, Antony, Steven, and James Chegwidden) and a photograph of Antony and Steven presenting with the first page of their UN submission shown on the screen above them. 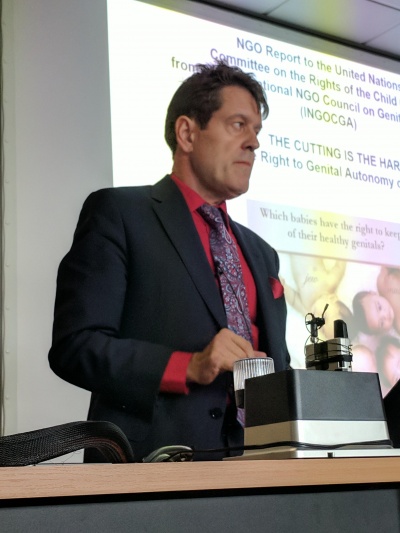 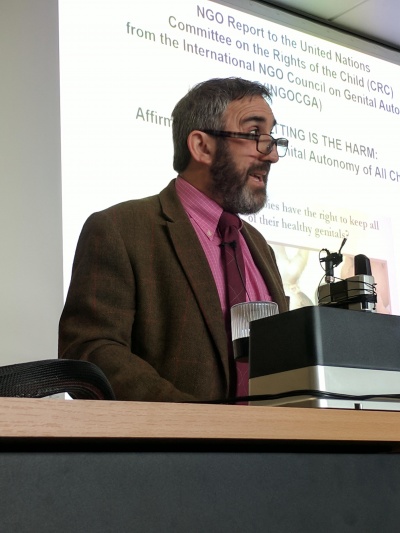 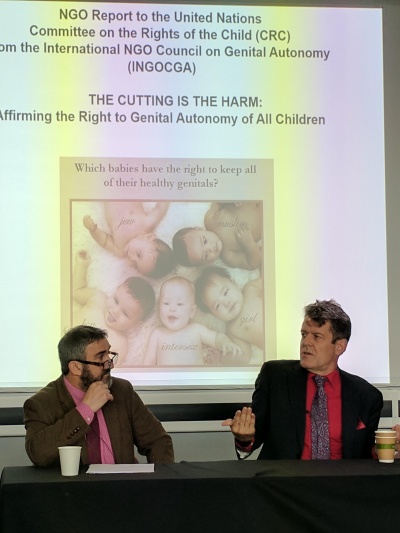 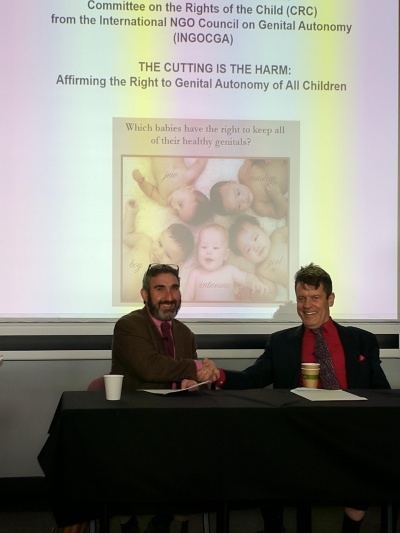 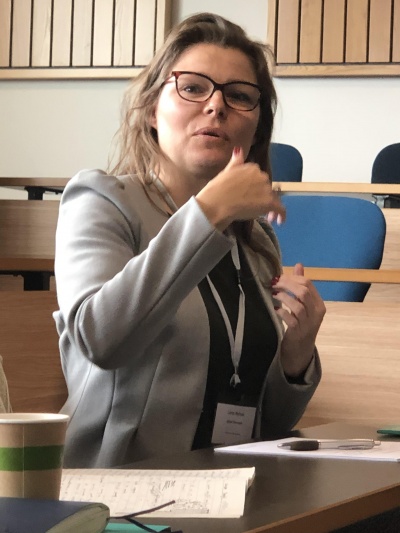 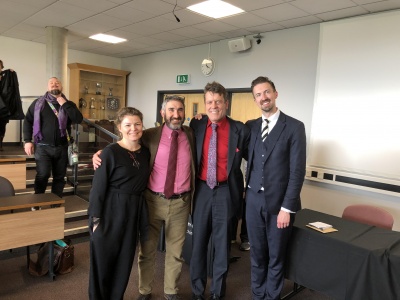 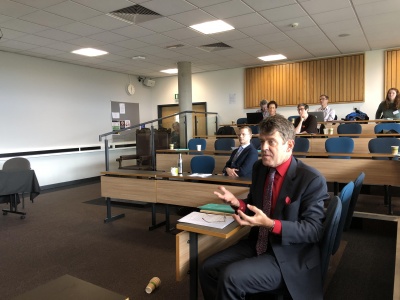