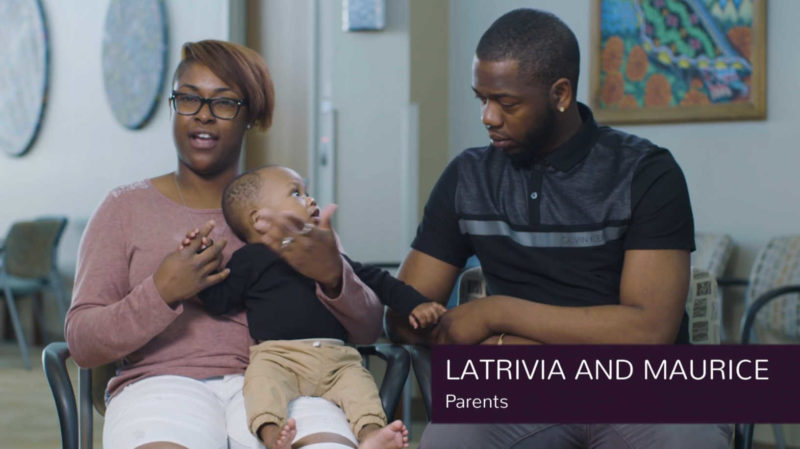 The Circumcision Movie (TCM), a brief (36 minutes long) documentary released in 2019, picks up where this reviewer’s 1995 film Whose Body, Whose Rights?1 (Whose Body) left off. The filmmakers, two nurse-midwives, undertook the challenge to explore the circumcision topic and present their findings in a contemporary, consumer-friendly format. The film, which has a strong pro-intact bias that is highly likely to sway the hearts and minds of expectant parents, recently became available on TubiTV for free online streaming.

Sex therapist Ben Snyder then acknowledges that, prior to its medicalization in the U.S., circumcision was primarily known as a sacrificial religious ritual, which itself should raise disturbing human rights questions in the 21st century.

The program segues to interviews with two physicians, both women, one Muslim and one Jewish, who affirm the religious importance of circumcision to them. Interestingly, the Jewish physician acknowledges that she would not have had her son circumcised if she were not Jewish. Perhaps inclusion of this segment early on in the program was a nod to “religious freedom,” but I believe the film would be stronger had it included dissenting voices within the two communities from those who value their sons’ bodily integrity and human rights over religious tradition. Jewish viewers might have welcomed the opportunity to hear alternative Jewish voices discussing the non-cutting Brit Shalom ceremony or to see scenes from such ceremonies, like those I included in Whose Body, Whose Rights?

TCM presents and then challenges some of the better-known health arguments for circumcision, for example, the claimed HIV risk reduction in circumcised males. TCM discusses that the studies conducted in Africa involved voluntary adult circumcision (not circumcision imposed on infants) and the inapplicability to the U.S. and other Western nations of African studies facing a different strain of HIV. This discussion might help alleviate parental worries about HIV that may otherwise lead some parents to needlessly circumcise their newborn boys.

The filmmakers also address potential parental concerns about penile and cervical cancers caused by the sexually transmitted Human Papilloma Virus (HPV), for which several highly effective childhood vaccines are now available for both girls and boys. Admittedly, this discussion may not please vaccine skeptics in the audience, but one physician wisely reminds parents that teaching your child to follow safer sex and good hygiene practices will virtually eliminate risks of sexually transmitted infections.

Regarding hygiene, TCM handily dismisses it as a justification for circumcision, with one mother of an intact son sharing her experience that cleaning the intact penis is easy, with no need to retract and clean under the foreskin, any more than one would try invasively to clean a baby girl.

The program also confronts head on the myth of needing to look like daddy or to match older brothers who may have been circumcised. Circumcised dads in TCM share their initial doubts and concerns about keeping their sons intact but also their ultimate confidence in such a decision. Hopefully they will serve as role models for any “on the fence” fathers who might view this movie.

One scene in particular, however, struck me as creating a jarring dissonance with the film’s overall message. The filmmakers included visually graphic images of an infant being circumcised but chose to replace the audio — of what would have undoubtedly been very disturbing screams as the baby is clearly writhing in pain — with soothing instrumental music. Wait! What?

To their credit, the filmmakers explore the lack of consent that some parents experience in hospitals across the U.S. An Asian-born (?) doctor explains how, shortly after his son was born, hospital staff whisked the child away to be circumcised without the assent of him or his wife, both of whom opposed circumcision. Fortunately, he was able to save his son from a medically unnecessary cutting, but his experience highlights how frequently the consent process is ignored, and even when followed, how truly un-informed the “consent” really is.

For these reasons, I strongly believe the film should have included interviews with parents who have had the all-too-common experience of being pressured by hospital staff to have their sons circumcised. [Editor’s Note: I was asked five or six times if I wanted to circumcise my son.] Intact America’s 2020 survey2 found that 94% of mothers had been solicited for circumcision and 78% who were solicited ended up consenting to the needless surgery. The average number of solicitations was 8, and solicitation increased the rate of circumcisions by 173%!

“Parents really need to understand that this is a sexual decision they are making for their child,” Snyder says, asserting the reality that people are sexual beings from before birth and that fetuses have been observed in utero rhythmically rubbing their genitals. He adds, “By removing the foreskin, you are – pun intended – cutting them off from a variety of delightful sexual experiences that your sons might really want to be able to experience in their future.”

Kudos go to the filmmakers for including in their film a mother, a nurse by profession, who explained the importance of respecting the “agency” of every patient, the concept that when it comes to medically unnecessary procedures, only the patient who must live with consequences of that procedure should be able to give informed consent at a time when they are able. 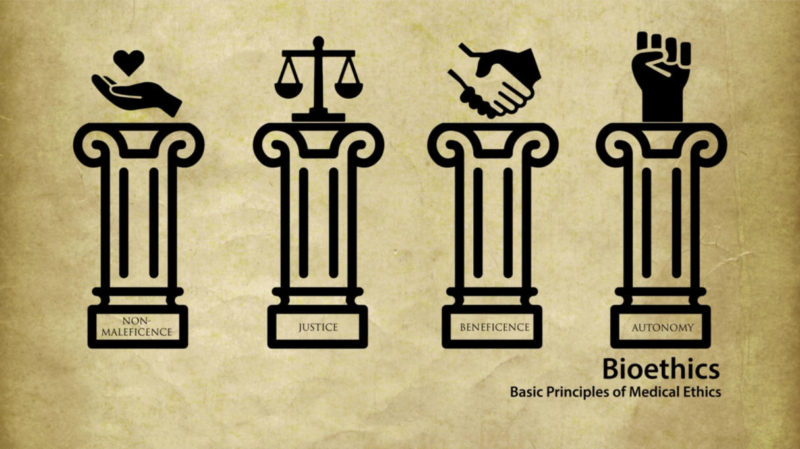 The filmmakers review the four pillars of medical ethics.

The film also gives a nod to the growing public debate over children’s rights by including images from several public actions by the Bloodstained Men organization. To their further credit, the filmmakers include several scenes of a circumcision sufferer who explains the lifelong adverse effects he’s had to endure. While acknowledging the unique sensory pleasures and lubricative functions of the foreskin during sexual intimacy, Ryan McAllister and others reveal that to date, no long-term study has been undertaken of the effects of foreskin loss on the sexuality of the men these children become.

Diversity is a hallmark of this film. Among those interviewed in TCM are various African American parents and medical professionals. Latinx and Asian voices are represented as well. As a gay man, I appreciated that the filmmakers confronted the myth that “women prefer a circumcised penis” by acknowledging that parents cannot know at the time of their son’s birth if “they will partner with other men or those who do not identify with a binary gender. And their future partner might like foreskin!” The filmmakers could have gone one step further by alerting parents that their son could at some point decide that he is really a transgender woman, and that keeping him intact would allow his foreskin to be used in the creation of a neovagina during gender affirming surgery.

In 1995, one of my motivations for producing the video documentary Whose Body was my frustration at the time with the inferior content of circumcision education videos for parents. A quarter century ago, most such videos lasted 10 or 15 minutes and covered just the basic medical pros and cons of this permanent genital modification surgery. They usually ended with a trite but cheery “Now, mom and dad, it’s time for you to make a decision.” In a possible pitch for neutrality, some of those films interviewed both parents who circumcised their sons and those who kept their sons intact. Presumably the early films wanted to leave viewers with the impression that “with or without a foreskin” either decision is good. Such a stand attempted to create what was then, and still is today, a false equivalency.

My intention with Whose Body was not to make a parental education video per se, but to create a social issue documentary to awaken the public to the issues of anatomy, function, the anti-sexual U.S. history of circumcision, to explore relevant medical ethics and human rights questions, to give a voice to circumcision suffers and foreskin restorers, to explore common ground with female genital cutting, and to showcase the growing genital autonomy movement among lawyers, nurses, doctors and the general public.

Perhaps this is why Whose Body, Whose Rights? remains to this day a landmark viewpoint documentary, winning several film festival awards, airing on numerous PBS stations around the U.S., and being accepted into the Library of Congress and the American Archives of Public Broadcasting. [Editor’s Note: We couldn’t agree more with Tim’s appraisal of his own landmark and award-winning film]

While TCM may not please every genital autonomy-minded viewer, as a parental education video it covers a lot of important ground in a clear and succinct manner. I highly recommend this film as it provides expectant parents with so much more information than was available to past generations. As the saying goes: When we know better, we do better.

Ultimately, I believe The Circumcision Movie will leave this indelible question in the minds of most who view it: Should children have their genitals surgically assigned according to their parents’ beliefs and values? Or, put more bluntly: Should parents get to decide how much of their child’s genitals they get to keep?

The Circumcision Movie is available for free online streaming at:

Viewers outside the U.S. might be unable to access this link. Those with installed Virtual Private Network (VPN) software may be able to access the video by selecting a U.S. server.

Tim Hammond’s genital autonomy advocacy spans more than three decades. He co-founded the National Organization of Restoring Men (1989), founded the National Organization to Halt the Abuse and Routine Mutilation of Males (1992), produced the video documentary Whose Body, Whose Rights? (1995), published two harm documentation surveys (1999 and 2017 at www.CircumcisionHarm.org), co-founded the Children’s Health & Human Rights Partnership of Canada (2012), inspired and co-founded the International NGO Coalition on Genital Autonomy (2016), and is an Honorary Member of the Brussels Collaboration on Bodily Integrity (2021). Tim can be reached at circharmsurvey@gmail.com 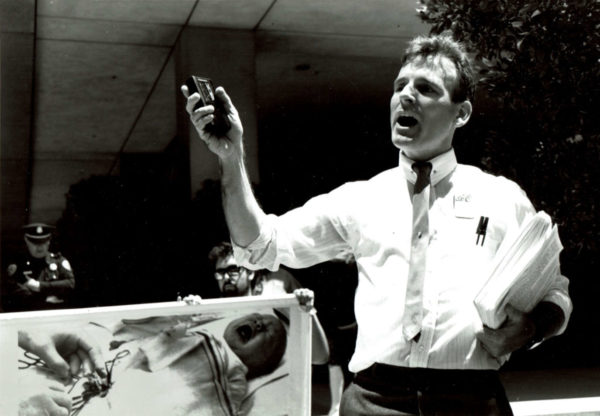 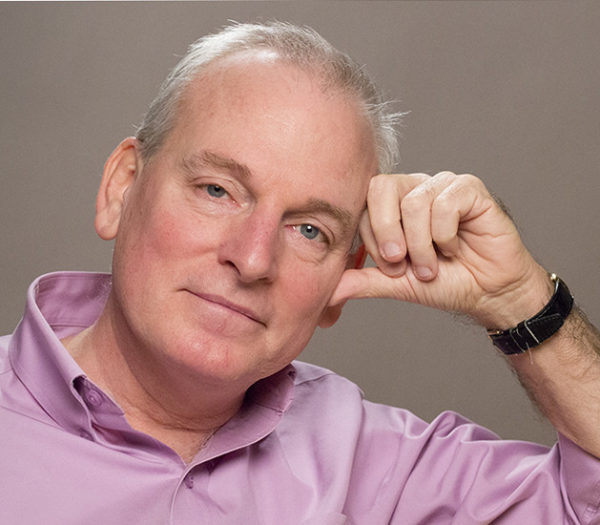