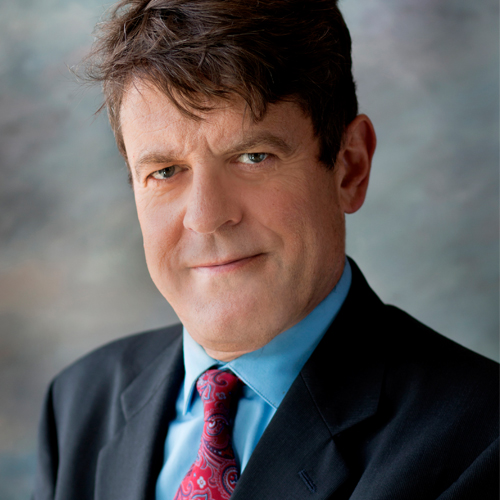 His publications include “A Rose by any other Name: Rethinking the Similarities and Differences between Male and Female Genital Cutting,” with Robert Darby, Ph.D.,Medical Anthropology Quarterly, Volume 21, Number 3 (September 2007), pp. 301-323 (a critical examination of the differential treatment given to studies of male genital cutting and female genital cutting), “Gender Equity and Genital Integrity,” in Bodily Integrity and the Politics of Circumcision: Culture, Controversy, and Change (G.C. Denniston et al., eds., Plenum/Kluwer, 2006); “Educating the United Nations about Male Circumcision,” in Flesh and Blood: Perspectives on the Problem of Circumcision in Contemporary Society (G.C. Denniston et al., eds., Plenum/Kluwer, 2003); “The Limits of the Law: Comparative Analysis of Legal and Extralegal Methods to Control Child Body Mutilation Practices,” in Understanding Circumcision: A Multidisciplinary Approach to a Multidimensional Problem (G.C. Denniston et al., eds., Plenum/Kluwer, 2001); and “Prophylactic Interventions on Children: Balancing Human Rights with Public Health,” with Frederick M. Hodges and Robert S. Van Howe, in the Journal of Medical Ethics, October 2001.

Steven’s article “HIV and Circumcision: Cutting through the Hyperbole” was published in the November 2005 issue of the Journal for the Royal Society for the Promotion of Health. Penn & Teller shot a full-length feature on male circumcision broadcast in 2005 in which Svoboda’s and ARC’s work are prominently featured. Steven is the circumcision correspondent for KKZZ in Ventura, California, having appeared on that radio station numerous times.

Over several years and with the assistance of volunteer attorneys, ARC put together a compilation of worldwide statutes regarding FGM. ARC cooperates with numerous other organizations to leverage its work to protect both male and female genital integrity. In 2002 he received the Human Rights Award for his work with ARC from the International Symposium on Human Rights and Modern Society. ARC’s work has been recognized by Harvard Law School, the New York Times, the Wall Street Journal, Men’s Health Magazine, and numerous other well-known organizations and publications. He has represented plaintiffs in several state and federal lawsuits to protect genital integrity.

Steven coauthored a gender studies textbook with Dr. Warren Farrell and Dr. James Sterba, published in 2008 by Oxford University Press and entitled, Does Feminism Discriminate Against Men?: A Debate. Steven is also Public Relations Director and Board Member of the National Coalition of Free Men (NCFM), the world’s largest and oldest men’s rights organization. He has published over 150 reviews of books relating to masculinity and men’s rights, and is a long-standing columnist for GRIP Magazine, having published over 40 installments of his column entitled, “Gender, Law, and Fatherhood.” He is a patent lawyer in the San Francisco Bay Area and an expert tournament chess player. He also likes dancing and being silly. Steven is a proud father of a boy and a girl. 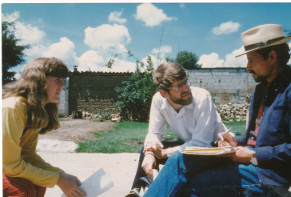 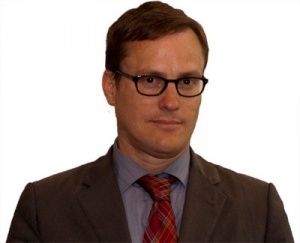 David Wilton’s interest in genital integrity began in his teens, but did not become full blown activism until 2006 when he attended that year’s International Symposium on Circumcision and Human Rights in Seattle, Washington. The same year, it became apparent that the HIV/AIDS industry was anticipating desperate measures, notably circumcision, in prevention technologies. He began the blog Male Circumcision and HIV after studying the issue and concluding that the studies in support were inadequately designed and interpreted, the ethics were left un-examined, and the world outside the US and Africa was largely complacent towards the inevitable human rights problems and deleterious practical effects of mass circumcision campaigns.

Through the years, David continued his engagement with the issue at the 2008 International Symposium on Circumcision and Human Rights at the University of Keele (UK), and later with a presentation at the 2010 International Symposium on Circumcision and Human Rights in Berkeley on the issue of developing a sustainable blogging model. He’s organized a strong presence at the Folsom Street Fair in San Francisco every year since 2009 under the sponsorship of Attorneys for the Rights of the Child. He was invited to help staff the NOCIRC booth at the 2010 AAP conference in San Francisco. The following year he ventured internationally to help with outreach efforts on behalf of Intact America at the 2011 International AIDS Conference in Rome, Italy. He’s leveraged a strong interest in photography to document the Bay Area Intactivists-organized and MGMBill.org-sponsored presence at Pride San Francisco every year since 2009 and has made the resulting photos and video available for activists and others online.

David’s day job involves helping society’s least sympathetic and most reviled as a criminal defense attorney. Since being licensed in both Texas and California, he’s worked as an Assistant District Attorney for the 34th Judicial District of Texas and as a Deputy Public Defender in Stanislaus County, California (Modesto) before opening his own office in 2002 in San Francisco. Before entering law school, David worked as an English teacher in Mexico and the US after completing teaching credentials in the UK in 1993 and 1995. His other interests include international relations, journalism and foreign languages. 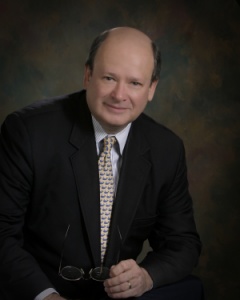 DAVID J. LLEWELLYN, is a trial attorney and civil mediator, whose practice emphasizes cases involving medical malpractice, particularly in the areas of genital injury, circumcision damage, and wrongful circumcision, as well as other cases of negligence resulting in personal injury, and cases involving personal and business torts and contract disputes. He was born in Salem, Massachusetts in 1950, attended elementary school in South Carolina and junior high and high school in Pennsylvania, and thereafter matriculated to the University of Virginia, taking a B.A. With Distinction in History in 1972. From 1972 to 1976 he served in the U. S. Navy as a sea-going officer, attaining the rank of Lieutenant. Following the Navy he attended the University of Virginia School of Law, taking a J.D. in 1979. He is admitted to the bars of the Superior Courts of Georgia, the Georgia Court of Appeals and Supreme Court, the U. S. District Courts for the Northern and Middle Districts of Georgia, the U. S. Courts of Appeals for the Second, Fifth, and Eleventh Circuits, and the U. S. Supreme Court.

While he has practiced in virtually all areas of civil litigation, since 1995 his practice has increasingly included cases involving male circumcision, on which he has lectured internationally. He has handled such cases throughout the United States and has been admitted pro hac vice in cases in the courts of several states. He is also registered with the Georgia Office of Dispute Resolution in General Mediation, having completed Harvard Law School’s Program of Instruction for Lawyers Mediation Workshop.

Member: Mr. Llewellyn is a member of the State Bar of Georgia; Atlanta Bar Association (Pictorial Roster Committee 1980-81); The American Association for Justice [formerly The Association of Trial Lawyers of America]; Georgia Trial Lawyers Association; Attorneys for the Rights of the Child (Board of Directors, 1998 –present); Lawyers Club of Atlanta; Old War Horse Lawyers Club. He also belongs to The Newcomen Society of the United States; Metropolitan Atlanta Alumni Association of Phi Beta Kappa (Board of Directors and Program Chairman, 2000-2001); Atlanta Committee on International Relations; Episcopal Cathedral of St. Philip (Parking Committee @1987-2001); East Point Lodge No. 288, F. & A. M. (Past Master); Scottish Rite; Yaarab Temple, A.A.O.N.M.S.; and Waldo Slaton Post No. 140, American Legion. He is a lifetime member of the University of Virginia Alumni Association and of Delta Tau Delta Fraternity. 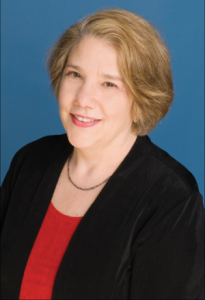 Georganne Chapin is the executive director of Intact America and the Secretary of ARC. Georganne is also President and CEO of Hudson Health Plan and the founder of Hudson Center for Health Equity & Quality. Chapin writes and presents widely in the U.S. and abroad on bioethics and health care reform. She earned her B.A. in Anthropology from Barnard College, her M.A. and M.Phil. degrees in Sociomedical Sciences from Columbia University, and a J.D., cum laude, with certificates in Health Law and International Law from Pace University School of Law. She has taught as an adjunct professor of law at Pace. 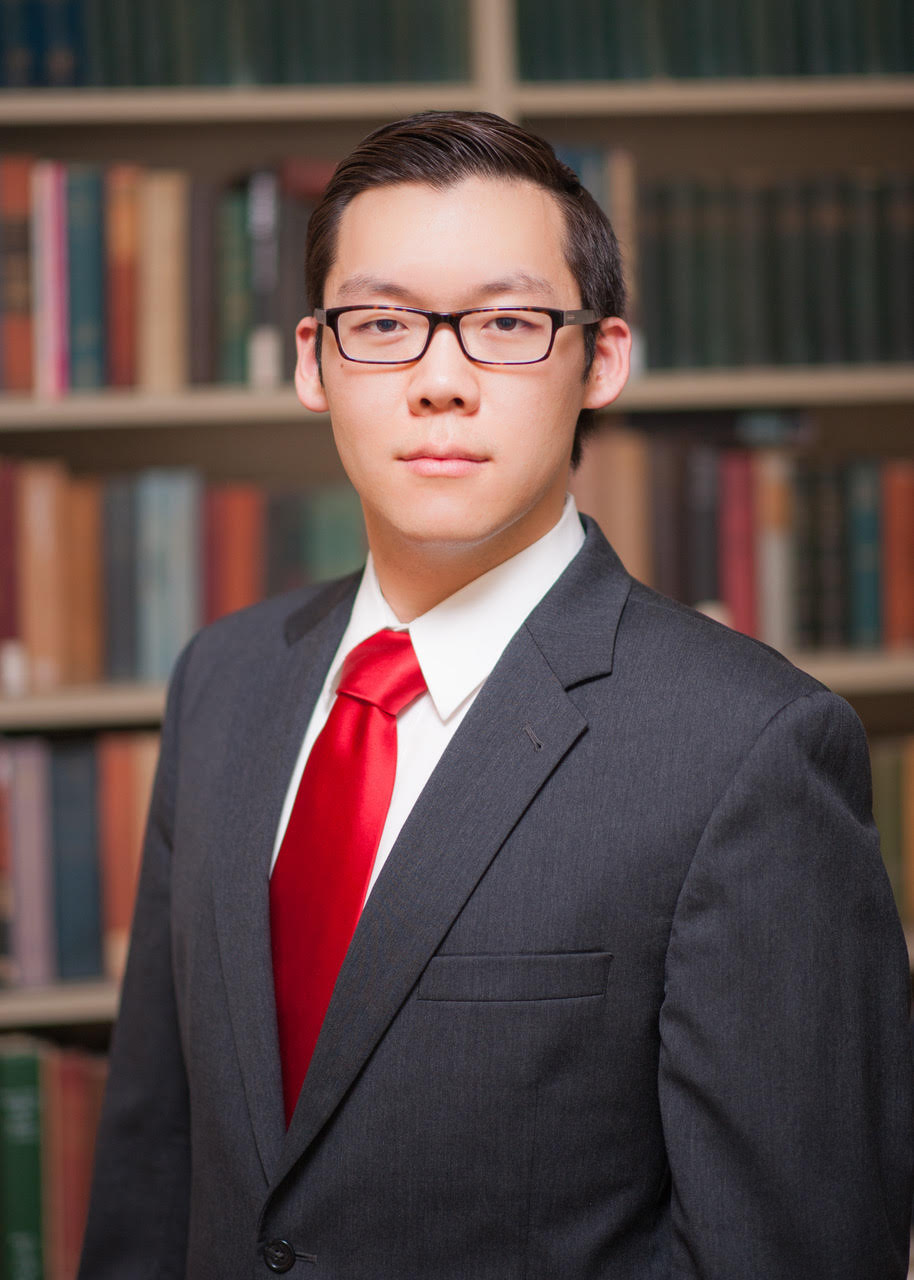 Matthew Young, remarkably enough, earned both M.D. and law degrees from Harvard. After Matthew tragically lost his own father to medical malpractice, he decided to become an attorney and patient safety advocate and now focuses his legal work on representing plaintiffs in medical malpractice cases. Matthew has a number of peer-reviewed publications in prestigious medical journals and has also contributed several book chapters to published medical treatises. Matthew remembers being deeply affected when he was doing a pediatric rotation at Boston Children’s Hospital, where he saw a neonate who was admitted from an outside hospital after suffering a complete transection of the glans penis during an attempted circumcision. He subsequently trained at a hospital where a few doctors and midwives actually refused to perform circumcisions. He is proud to say that he has dissuaded many parents from circumcising their sons through education and evidence-based medicine. Matthew is also a classically trained concert pianist.